Such moving much items

As I mentioned in my last blogpost, I was planing on fixing stuff I blew at the beginning, that has been done, thus I can add code much more rapidly now and with less mistakes. If I put my back into it, the bulk of the code should be done by next weekend (no promises). Of course, that would not be the end the work. Code has to be cleaned up, global arrays moved, some refactoring is due. Some display functions are missing entirely or are broken, and I've been putting off fixing them for a while now (color palettes for example), I plan on dealing with them when the rest of the code is in place. There is also other stuff, like making the code compile under something than msvc14, testing if it even works on other platforms than windows, although chances are, I won't be the one fixing those issues.

What I've got for you this week is moving them items: 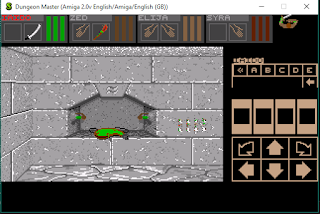 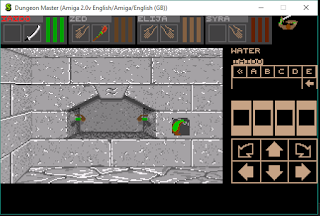 If you just ignore for a second that the cursor display is completely messed up and that the GUI is kind of broken, the pictures might actually look appealing.
Next up should come stuff like dungeon interaction, combat, inventory etc. All the good stuff.
Posted by Unknown at 12:42